The Not Forgotten Association 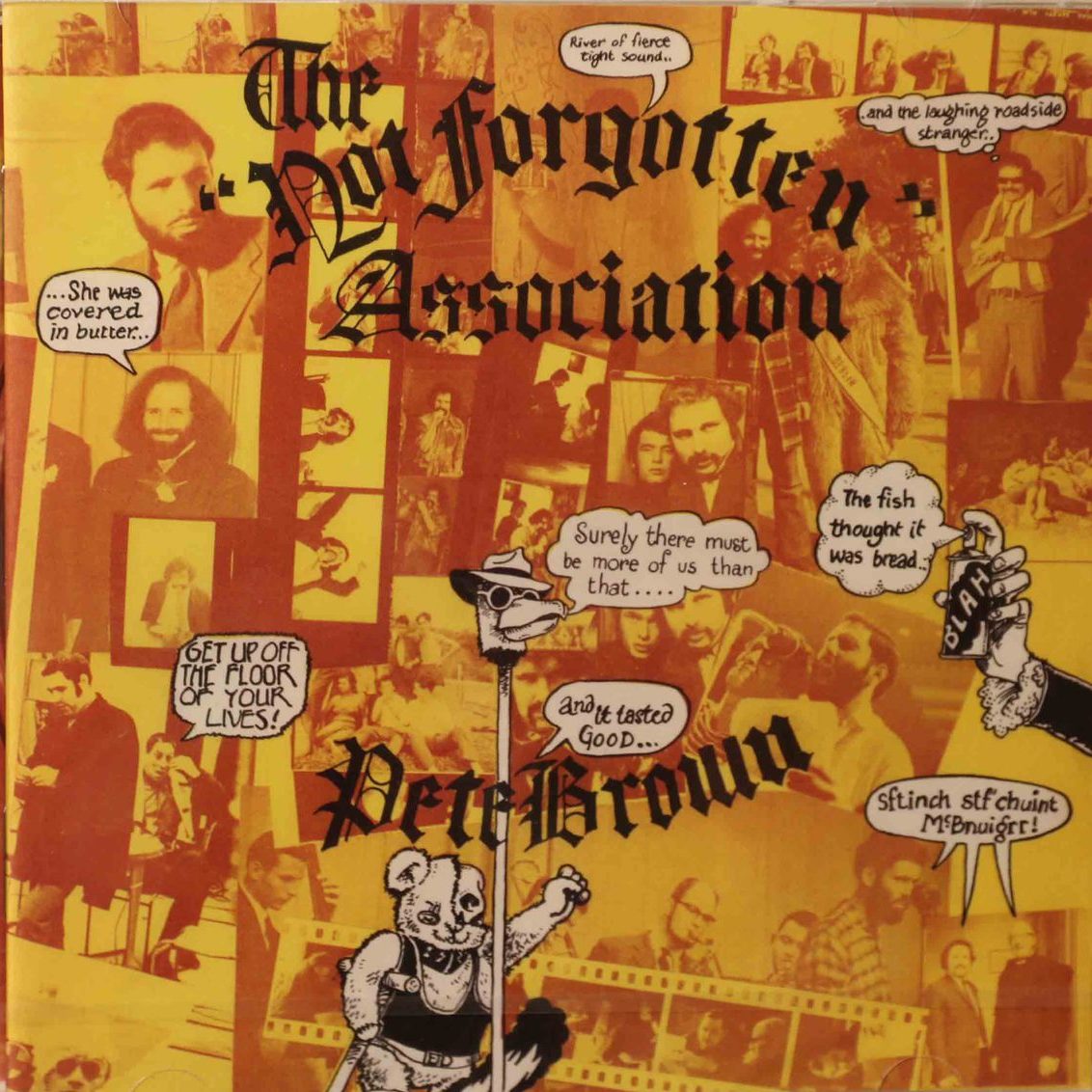 ESOTERIC RECORDINGS are pleased to announce the first ever CD release of the 1973 album by the legendary lyricist, poet and musician PETE BROWN.

Famed for his lyrical contributions to the music of JACK BRUCE, both for CREAM and for Bruce’s solo work, and also as a Poet and performer in his own right, Pete Brown rightly stands as one of the legendary figures of the Beat and Rock Generation of the 1960s and 70s.

Following his work with the band PIBLOKTO! and with musician GRAHAM BOND, he recorded “THE NOT FORGOTTEN ASSOCIATION”, a highly sought after album of Poetry, Prose and Music. The album featured contributions from legendary musicians such as Max Middleton, Vivian Stanshall, Henry Lowther, Jack Lancaster and more and is a fine and eccentric record of the era.

Highly sought after by collectors, this Esoteric Recordings reissue is the first appearance of the album on CD and has been remastered from the original master tapes. It features a booklet with an essay by Pete Brown.