Pete Brown was born in Surrey on Christmas Day, 1940 to a Jewish family who had fled London to escape the Blitz. With a keen interest in the war, what was happening and its aftermath, Pete moved back to London in 1951. Here he attended a Jewish Grammar School but was expelled when enforced religion took its toll.

Pete began writing poetry in 1955, initially inspired by Dylan Thomas, Gerard Manley Hopkins and later the US Beats. For many years he moved between menial jobs until he got his first break and his work began to get published, primarily in America.

Pete met poet, Mike Horovitz at the Beaulieu Jazz Festival in 1960 and joined his travelling arts group, New Departures. They wrote many jazz poems together and formed a jazz poetry group with some of the best ‘Brit jazzers’.  They secured a residency in 1963 at the famed London Marquee club and went on to appear at the iconic Albert Hall, reading poetry, in 1965.

In 1966, Pete was asked to write lyrics for new super group, Cream by drummer Ginger Baker. It was this year that also saw the publication of his first book of poetry entitled, Few.

Among Pete’s song-writing credits include the lyrics for hits such as I Feel Free, Sunshine of Your Love, and White Room as many well as many more with with bass player/singer Jack Bruce. It was then that he really began making a living as a lyricist. Following the split of Cream, he carried on writing with Jack for the next 46 years and the pair began one of the longest song writing partnerships in history.

In 1967, encouraged by Graham Bond, Pete began singing demos and then struck a deal in 1968 with The Battered Ornaments on Harvest Records. The band parted ways with Pete in 1969 just before the Stones in the Park gig. Pete bounced back with Piblokto that same year, which went on to enjoy 3 years of success. He then joined his old friend Graham Bond in the ill-fated Bond and Brown in 1972.

Several bands later and Pete finally left the industry in 1977, not that he felt anyone noticed due to the advent of Punk. He began writing scripts for the then non-existent British film industry. The only one that got made was in America. He did, however, write the dramatic links for the Stones video album Rewind, a big bestseller, with Julien Temple.

In 1977 Pete began to take serious singing lessons which, over a 6 year period, helped his singing develop further. During the 1980’s and beyond, he produced many records in the UK and also in France, Switzerland, Germany and America. From 1978 onwards he had a permanent song writing partnership with Phil Ryan (Man, Eyes of Blue) until he died in 2015. They co-led the Interoceters, and then Psoulchedelia, making four records together and touring extensively.

In addition to this, during the 1980s, Pete also performed extensively as a sideman, both as singer and percussionist, working with African jazz pianist Mervyn Afrika and The Barrelhouse Blues Orchestra.

In the early noughties Pete was asked to write for The Hamburg Blues Band, which via his long-term friend Dick Heckstall-Smith he then joined as guest vocalist. Pete had previously co-produced several of Dick’s records, including the impressive Blues and Beyond.

It was during this period that Pete hooked up with young Irish film director Mark AJ Waters, and they became a screen writing team, beginning with the film short “Really”, which featured Pete’s wife Sheridan MacDonald. They are currently engaged in the Cream Acoustic project, with Pete as performer and executive producer. It is hoped that Mark’s film about Pete, “White Rooms and Imaginary Westerns” (the same title as his autobiography written in 2010) will hit the screens next year, and they are also intending to start production on their first drama in 2019 as well. Alongside these projects, in 2016, he published his first book of poetry since 1968, the US-produced “Mundane Tuesday and Freudian Saturday”.

Although approaching 78 years of age Pete continues to sing live, recently completing a short tour of the Czech Republic and Slovakia as support to Miro Zbirka, the lyrics for whose record, “Double Album”, which hit No. 1 in those territories, Pete wrote. He also wrote most of the lyrics for the recent Procul Harum record, “Novum”, which continues to sell around the world.

Pete has toured in recent years with the Clem Clempson Band, the Krissy Matthews Band (whose record he produced and co-wrote) and occasionally with the Hamburg Blues Band. He is also a member of the Hastings Allstars, a band formed in 2018 in his home town.

“One of the key eccentrics of the Harvest stable and a successful collaborative lyricist for Cream (“I Feel Free”, “Sunshine of Your Love”), Brown was kicking around the scene as a poet until being approached by Cream to assist in songwriting. Upon achieving chart success with the trio, Brown decided to go the musician route.” 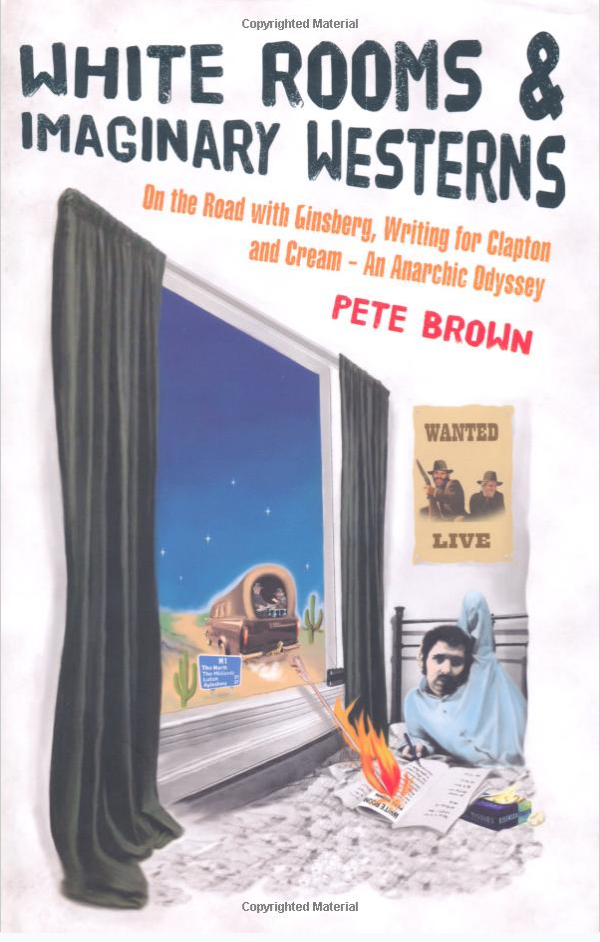 Stay connected with Pete via the News and Events section of this website, by viewing his past and present Projects and by visiting his Facebook page.